We advise the Danish Ministry of Environment and Food about fishing for mussels, etc. This work is based on EU legislation (European Parliament and Council Regulation (EC) No. 853/2004 of 29 April 2004 on Special Hygiene regulations for food of animal origin). Within this framework, a number os sanitary surveys are periodically published. These are a series of reports  that describe the risk of microbiological (sanitary) contamination with focus on the bacterium E. coli in areas where commercial fishing of mussels for human consumption is allowed. In addition to the risk of harmful health-damaging sanitary pollution, mussels are exposed to algae, some of which may contain toxins of different character that may constitute a risk if consumed by humans. Our work focuses on defining algae areas and answering ad hoc questions from the Ministry of Environment and Food about toxic algae and fishing for mussels, etc.

The coloured areas on the map illustrate the relevant areas for which reports are prepared on the potential microbiological sources of contamination impacting mussel production. The areas studied are described in separate reports that are available under Published reports or can be accessed by clicking on the area of interest on the map.

The prerequisites for the reports are:

The following will change as soon as new reports are released:

Find out more about the project

Sanitary Survey is a series of reports describing the risk of microbiological (sanitary) contamination with focus on the bacterium E. coli in areas where commercial fishing of mussels for human consumption is allowed. In the period 2017 to 2021, the first 14 reports covering all Danish shellfish waters was published, and there will be an ongoing update of the development of the sanitary state in the areas with a cycle of approximately five years. The reports contain a review of hydrological and climatic conditions, potential sources of contamination with E. coli, mainly wastewater from wastewater treatment plants and dwellings without sewage connection, deposition of sludge and solid waste from animal husbandry, local wildlife (in particular seals, porpoises and birds) and tourism of various kinds, including sailing tourists.

On the basis of the expected sources, the risk of overflow from wastewater treatment plants due to extreme rainfall and stormwater situations, as well as the current patterns in the areas, sampling points will be designated to ensure the best possible way of detecting E. coli contamination in the individual shellfish waters, and thus the risk of compromising food safety. The results from the designation points are compared with those of water samples from Danish Blue Flag beaches during the summer months and the existing monitoring of mussels in connection with fishing for human consumption.

The reports are the result of the European Parliament's Regulation (EC) No. 672, which forms the basis for the control regulation for food of animal origin, and the guidance prepared in England for how monitoring should be conducted and stations designated. The reports include a main report summarising nine supporting appendices. The appendices address a number of topics presenting surveys of fished and cultivated shellfish, including species (mainly common mussel) and a detailed description of the individual potential contamination sources and routes. 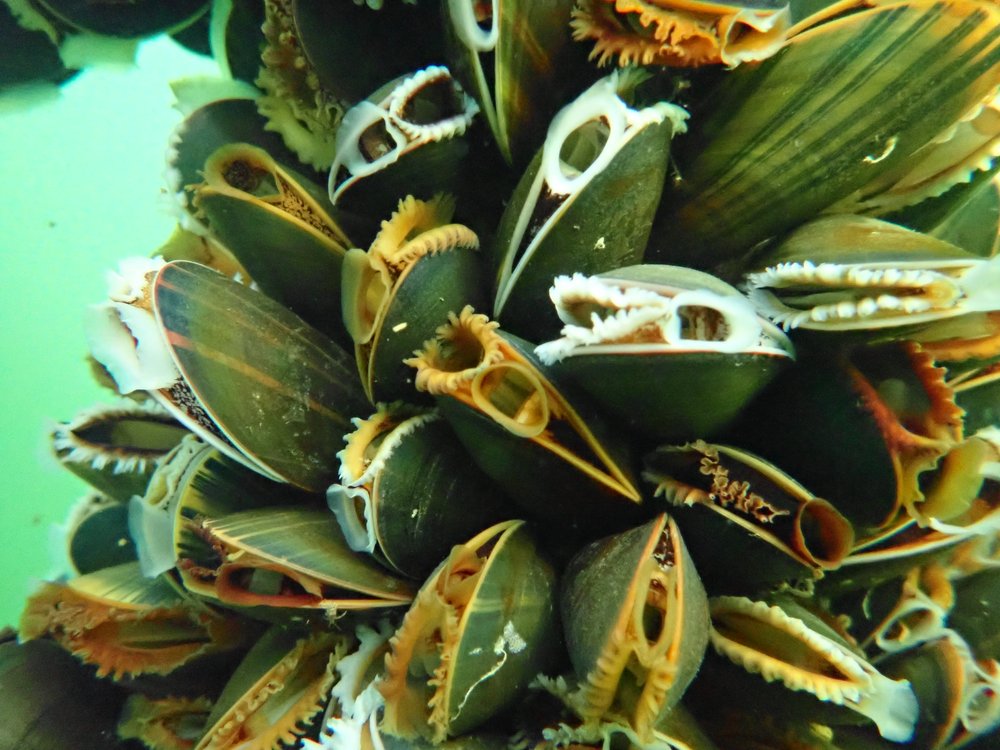 Toxic algae may act as a health risk when they bioaccumulate in mussels, etc., which are then consumed. The Danish authorities are obliged to ensure that there is regular monitoring of the presence of toxic algae in the areas where fishing for mussels, etc is conducted.

More about the project

We provide consultancy to the Ministry of Environment and Food on the delineation of marine areas where fishing for i.a. mussels is undertaken into homogeneous areas. This work is based on modelling supported by expert knowledge. We also work with investigating the appearance of new, possibly toxic, species and setting action values relevant for legislation, sampling programmes and ad hoc consultancy.