Freshwater is a necessary resource for all life, and lakes are therefore of great value to society. Lakes are important habitats for many different animal and plant species, they are used for recreation, and in many places, together with reservoirs, they function as a key drinking water resource, and in some areas they are also used for artificial irrigation.

By combining monitoring data with user-oriented research, we create research-based knowledge that is used in consultancy of public authorities, allowing them to implement sustainable management strategies that ensure the balance between environment and society. Our work covers lakes and reservoirs from the tropics to the Arctic, and our results are put into perspective relative to nutrient loading, climate change and the Sustainable Development Goals of the UN.

Our core areas are 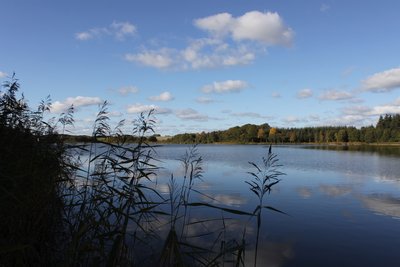 We have many years of experience with research into the interactions between different groups of organisms (biological structure – fish, plants, zooplankton, phytoplankton etc.) in lakes. We study how biological structure is influenced by factors such as nutrients, temperature and other climate impacts, changes in the composition of the fish community etc.

We use the knowledge gained to interpret monitoring data and in research and consultancy tasks. For instance how to manage specific areas or how to perform efficient lake restoration (e.g. Lake Ormstrup  Bæredygig sørestaurering og Mange partnere, ét fælles mål) to gain good ecological state and good water quality.

Biological structure depends, among other things, on temperature and influences the water quality of lakes, and vice versa. We conduct research into the mechanisms behind, for example, the effect of temperature on biology and thus the water quality in lakes. This we do by means of long data time series, experimental investigations and the space-for-time concept, where comparable systems are studied along a latitude gradient. The results are used for the further development of models that can establish future climate scenarios for our lakes (e.g. the open source tool WET).

The EU projects AQUACOSM and AQUACOSM plus (https://www.aquacosm.eu/) focus on investigating the effect of, for instance, a temporarily altered nitrogen supply or a temporary temperature stratification in lakes, which can be expected in a future warmer climate. In other projects, we work with the combination of impacts (stressors), for instance the effect of a heatwave combined with high nutrient supply. We also take part in projects in developing countries, such as the RELAB project in Ghana, where we study the effects of climate on, for instance, fisheries and the local economy.

Greenhouse gases (GHG) play an increasingly important role in a climate context. Lakes and wetlands release climate gases in the form of methane, carbon dioxide and nitrous oxide. Under oxygen-poor conditions, more GHG are released than under good oxygen conditions, which means that lakes in poor environmental state are expected to release more methane and carbon dioxide than lakes in good environmental state. This subject is being studied in, among others, Lake Omstrup.

There is an increasing need for development of lake and runoff models for the projection of different scenarios. These may be climate scenarios as those of the EU project WATExR, runoff scenarios for lakes and effects caused by this or modelling of the effects of restoration measures on a lake system (Lake Ormstrup). Optimising models for local conditions is a research area that is growing rapidly and is in demand both nationally and internationally regarding environmental management. In this connection, we have further developed the model PCLAKE to the open source-tool, WET), which can be used for the modelling of a specific lake.

We are an important player in the Topic Centre for Freshwater and are responsible for the annual data analysis and summary of monitoring data on Danish lakes (NOVANA) https://dce2.au.dk/pub/SR417.pdf. We use the research-based knowledge to interpret monitoring data and use the monitoring data for particularly climate research, where time series are essential for credible results. The monitoring data are also used for knowledge-based development of threshold values relative to the Water Framework Directive and the Habitats Directive. Furthermore, we apply the combination of monitoring, research and consultancy to advice on the management of specific areas (e.g. the Eastern Vejler), and we also conduct research into the development and implementation of new techniques such as satellites and sensors in monitoring.

The Arctic is particularly threatened by climate change. Arctic research primarily takes place in Greenland where we use time series from the monitoring programmes conducted at Nuuk in South-West Greenland and Zackenberg in North-East Greenland (NERO and ZERO), combined with gradient studies from north to south and from ice cap to coast, to study climate effects on runoff areas and associated lake systems. We use the data for both model development and management of the Arctic nature areas and their resources. We work closely together with Greenland Institute of Natural Resources (https://natur.gl/) and the Arctic Research Centre (ARC), and thereby we are also part of the Arctic Science Partnership (ASP).

We have a large international network. We work directly with universities in Uruguay, Brazil, Argentina, USA, Canada, Greenland (Greenland Institute of Natural Resources) and all the Nordic countries, and through EU projects there is direct collaboration with universities and research institutions in Turkey and most other European countries. There is also close contact with China, where we work directly together with the Chinese Academy of Sciences (CAS), partly through research projects, partly through the Sino-Danish Centre (SDC).

Through DANIDA, we participate in collaborative projects on Lake Tanganyika in Tanzania and Lake Bosumtwi in Ghana.

Here, you can read more about the RELAB project in Ghana.