No insect crisis in the Arctic - yet

Climate change is more pronounced in the Arctic than anywhere else on the planet, raising concerns about the ability of wildlife to cope with the new conditions. A new study shows that rare insects are declining, suggesting that climatic changes may favour common species.

As part of a new volume of studies on the global insect decline, researchers are presenting the first Arctic insect population trends from a 24-year monitoring record of standardized insect abundance data from North-East Greenland.

The work took place during 1996-2018 as part of the ecosystem-based monitoring program Greenland Ecosystem Monitoring (www.g-e-m.dk), at the field station Zackenberg, located in the world’s largest national park with high-arctic climate.

At this remote location, researchers can truly isolate the effects of climate change on insects, because there is no agriculture or industry in the area, nor are there any cities within the nearest thousand kilometres of the field station.

“Data from Europe, North America and the tropics show that many species of insects are in strong decline. Luckily, we are now able to show that there is no profound crash in high arctic insect populations,” explains senior scientist Toke T. Høye, Department of Bioscience and Arctic Research Center at Aarhus University, who led the study.

No dramatic decline in Arctic

The results of the study reveal how insects differ markedly in their population trends and show multi-faceted responses to climate change. Climate outside the summer season and other factors than temperature can be very important.

While the study provides strong evidence of insects responding to climate change, it is unlikely that widespread insect declines would be caused by the same single factor. The authors indicate that the range of long-term insect responses may in part be due to the diversity of life styles and adaptations to extreme conditions by this high-arctic insect community.

The study is just published in the top-tier journal Proceedings of the National Academy of Sciences.

”It is too early to say that we do not have an insect crisis in the Arctic. Our data shows that a range of rare taxa are in decline, while more common insects are doing OK,” says Toke T. Høye.

One key impact of climate change is that it extends the growing seasons in the Arctic. This often means that there is an even longer period in which the ground repeatedly freezes and thaws.

”This period is a big challenge for many insects and climate change is thus especially affecting insects during parts of the year where they are in a dormant stage. The insects are tricked into expecting spring to arrive, just to be hit by hard frost afterwards,” explains Toke T. Høye.

During the past years, the research team at the field station at Zackenberg has also observed that permafrost thawing dries out the top soil layer. This affects insects in their larval stages and can have delayed effects on adult insect populations. Such effects may only become apparent after a number of years and can have important cascading effects through the food web.

To understand changes in insect population dynamics, long time series of standardized data, such as those from Zackenberg are critically important. These new results from the Arctic draw a more complex picture of insect responses to climate change than anticipated and highlight the importance of continued support for long-term monitoring. 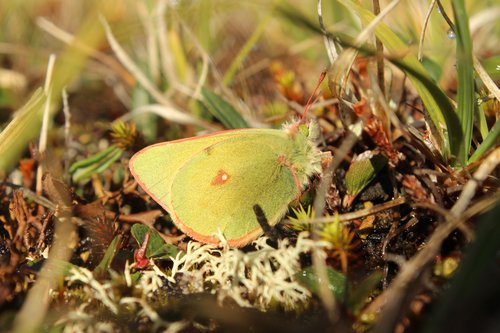